“Wrestlers make good fighters because we know how to impose our will on somebody else,” Cal Baptist wrestler Jacob Waste says.

That’s a bold statement, but Waste should know. He’s been wrestling since he was 4 and has won six national titles. As a newcomer to the Lancers program, he expects to contend for an NCAA national title this year.

But it’s also true that fighters can make good wrestlers, so Waste spent part of the past year training in Mixed Martial Arts (MMA), mainly as a way to stay in shape, but also as a way to improve his physical skill set.

He’s not alone. CBU teammates David Dill and Matt Hickman each worked out at MMA gyms during the offseason. The popularity of MMA and Ultimate Fighting Championship (UFC) is evidenced by high television ratings and a rabid fan base.

But for Waste, Dill and Hickman, it’s a return to the centuries-old art of wrestling this week when the Lancers open their season with the “Take it Outside” dual meet against Stanford on the front lawn of the campus.

All three credited their offseason workouts for an added boost in preparation for the season.

“It worked out really well,” said Dill, who took a year off from CBU and did carpentry work in San Jose before returning this summer.

“The gym had good wrestlers so I was wrestling; I was doing proper wrestling with very high-level guys,” he said.

Dill competed in four amateur fights and was 4-0. The former Marine is 27, and while the MMA training was helpful heading into the new wrestling season, it’s not something he’s planning on pursuing after his collegiate career.

“I do like MMA and respect it as a sport,” Dill said. “I had fun training in it and fighting in it, but at the end of the day I’m a wrestler. I like MMA for the fact it gives wrestlers a chance to make money and become champions. Any exposure MMA gives to wrestling I really wholeheartedly embrace that.”

Waste also took a year off from competition after deciding to leave the University of Buffalo. He also trained in San Jose and had planned to either wrestle internationally or pursue MMA. CBU assistant coach Arsen Aleksanyan met Waste at the US Open wrestling championships and convinced him to join the Lancers program.

Advancing to the upper levels of MMA is a tough road and only the top champions earn the big paydays. But Waste said it’s a career he wants to pursue when his collegiate days are over. He started to learn boxing last year and noted that his extensive wrestling background helps.

Hickman practiced jiu-jitsu during his training. The transfer from Fresno City College was a state champion last year and, like his teammates, credited the MMA training for getting in shape for the wrestling season.

How much MMA training pays off or if it becomes a trend in collegiate wrestling training is yet to be determined.

As for the CBU team, expectations are high. Despite losing three of their top wrestlers, the Lancers were picked in the preseason poll as the favorite to win the Rocky Mountain Athletic Conference championship. CBU placed second last year in conference last season and finished second at the NCAA Division II meet in their first year of eligibility. 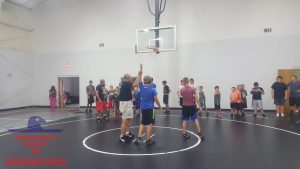 3 reasons why your kid should join a wrestling program. 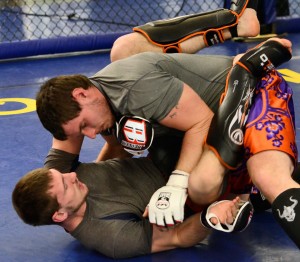 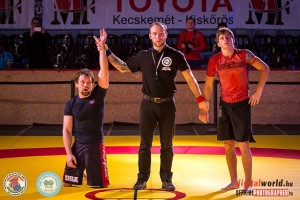 For one-legged fighter Matt Betzold, no such thing as an insurmountable obstacle