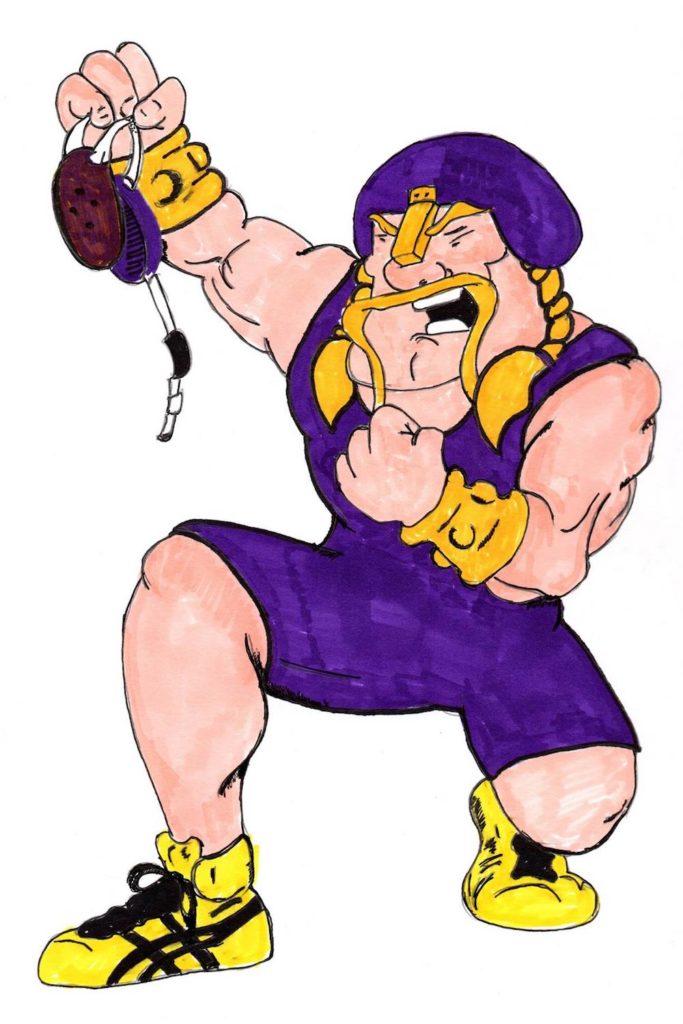 The Minnesota Vikings headed into the NFL draft needing to bolster the middle of their offensive and defensive lines. It’s probably no coincidence that two of the players they targeted were standouts in the sport that coach Mike Zimmer has called the toughest thing he’s ever done.

Ohio State center Pat Elflein and Iowa defensive tackle Jaleel Johnson — whom the Vikings picked in the third and fourth round, respectively — were standout wrestlers in high school before they became Big Ten opponents. Elflein was a state and national tournament qualifier his senior year as a heavyweight at Pickerington North High School just outside Columbus, Ohio, while Johnson went 21-3 as a junior at St. Joseph’s High School outside Chicago.

The parallels between wrestling and line play in football are obvious — “What it taught me, really, was where to place your hands as far as whether you should be inside or outside, pad level. It really taught me good leverage as far as getting a good bend in the hips,” Johnson said — and a wrestling background carries a certain seal of quality in the eyes of Vikings scouts.

“Immediately in my mind, [when I hear a player was a wrestler,] I think, ‘This guy has incredible toughness and balance.'” Vikings scouting director Jamaal Stephenson said. “Especially for offensive line and defensive line, that is a critical attribute you want to have. So I just think, especially if they were good at it, that this guy was pretty tough and has pretty good balance.”

Zimmer was an all-conference wrestler for Lockport (Ill.) High School in the 1970s, where his father, Bill, was both his football and wrestling coach. “That was the hardest thing [I did],” he said last year. “It was just tough. You had to be physical. You cut weight, you’re in there and you’re just grinding. It’s just you and [your opponent].”

The lessons Zimmer learned from the sport helped shape him as a football coach. He knows firsthand what it demands of an athlete: self-discipline, intestinal fortitude and an imperviousness to pain. A sport that requires that much of a young man, then, also speaks rather loudly to Zimmer about what kind of a football player he is.

“These guys, when you go out there and you’re battling three periods and it’s man-on-man, not only is it a lot about technique and competition and you against him, but it’s also about balance and body control,” Zimmer said. “At the end of the day, it comes down to a lot about, ‘I’m going to whip his butt, or he’s going to whip mine.'”

That eat-or-be-eaten mentality sounds like a pretty good primer for life in the NFL.

“What I did in wrestling, I feel like that correlated a lot with the game of football,” Johnson said.