This was posted at the Wrestling Talk forum, apparently originally posted by King Cole himself at The Guillotine website…

Well i said i would hop on here and give an update as to how the weekend went, so im staying true to my word.

As im sure many of you noticed, i was upfront with the Jets on the importance of my wrestling and one way or the other both Tommy and I weren’t planning on staying past monday night. It was three days to showcase our skills… (i would say natural skills but i dont believe in ‘natural skills’) So mainly what they were looking for was our foot speed, and most importantly balance. Everyday we went from 6 am until 10pm learning everything you could imagine in the football world; plays, strategies, calls with different formations from the defense, and actually a lot about the press and displaying a positive image… which is quite tricky actually, you would be surprised how the press phrases questions to get arrogant sounding responses even when its not intended that way (i saw how that happened to a guy and will likely never believe an arrogant quote i see again, you only here a response… not the question). Then twice a day we took to the field working plays, foot drills, bag drills, conditioning, even once a guy who trains pro boxers came in and we did a boxing workout which was a lot of fun. All in all it was a great experience and i would do it again in a heartbeat.

Like i said i was only planning on being there for the three days and following that i met with Coach Mangini, he and i talked about football and a future. Im happy to say he liked what he saw out of both Tommy and I. We were invited back but as we both stated that was not an option until we retired from wrestling. He told me to meet with some of the coaches at the U to learn plays and terminology from now until i finish wrestling so if i decide to comeback it would be more familiar to me. He also told me to stay in touch with him throughout this year and next just letting him know my progress and he said he plans to follow our wrestling careers. Im definately thinking about this opportunity once wrestling is finished, i did have a lot of fun with it. As far as the workouts were concerned, i did pretty well. My foot speed and balance were the best attributes i had and gave me an advantage in the drills and sprints. — plus my conditioning didnt hurt either… the longer practice went the better i was performing. I think i could talk all day about this experience and whether i decide to pursue this or not i will not forget this past weekend. 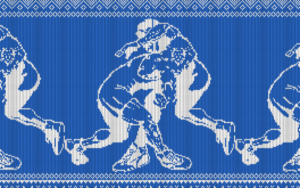 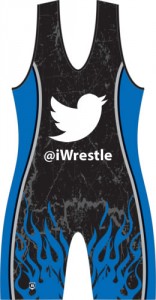 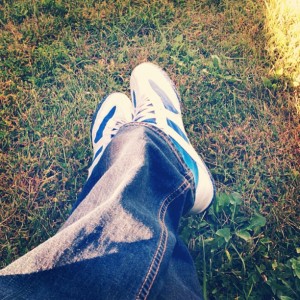 Is it OK to wear wrestling shoes off the mat?