PORT TREVORTON ” Kim Spiegel will soon begin her freshman year at Northern Michigan University as one of the school’s most accomplished athletes. Yet, the 18-year-old will not compete in any sport for the Wildcats.

Spiegel, who completed her senior year of high school in Marquette, Mich., wrestling in the U.S. Olympic Education Center while living at Northern Michigan, also located in Marquette. Since leaving Selinsgrove after her junior year at Selinsgrove High School, the daughter of Paul and Judy Spiegel, Port Trevorton, and already accomplished wrestler, won her second national championship in the Asics Junior Freestyle Nationals in Fargo, N.D., and finished second in the Junior Pan American Games in Sao Paulo, Brazil, last month.

In an interview after receiving her gold medal in Fargo, Spiegel was asked how it felt to become the first female from wrestling-rich Pennsylvania to win a pair of national junior titles.

“It’s amazing, I kind of can’t believe it, “Spiegel told the interviewer. “I have everybody around me to thank.”

Her trip to Brazil came about after she finished second to her USOEC teammate, Anneliese DeAragon, in the Junior World Team Trials last May in Florida. She also earned first-team All-America status on the Asics High School team and her U.S. team took first place in all three styles (Greco-Roman, Freestyle and Women’s Freestyle) in Brazil.

Not a bad year, considering that she was injured on her first day of practice a year ago and required surgery last October.

She only returned to full practices last March.

“I had a tough time getting back on the mat, but it made me stronger in the end. It really drove me, “she said.

“I’m very excited to go back (to Michigan), “she said. “I’m really looking forward to it.”

Spiegel will continue to train at the USOEC while attending college, where she will major in entrepreneurship, and hopes all her hard work will land her a berth on the U.S. Olympic team. The sport will be a part of the 2012 Summer Games in London.

Spiegel recently visited her family in Snyder County, but will leave for college next week.

While at Selinsgrove, she was a member of the high school wrestling team for three years. She was invited to train at the USOEC after coaches saw here compete in the Body Bar Nationals in Kissimmee, Fla., where she won the cadet division (high school class) at 70 kilos (154.25 pounds. That earned Spiegel her first trip to the Junior Nationals in Managua, Nicaragua, where she won the title. Her latest national title and silver medal finish in the international event came at 172 pounds. 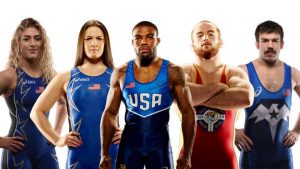 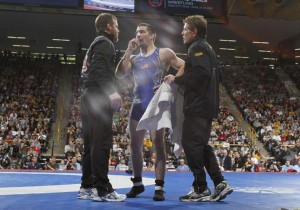